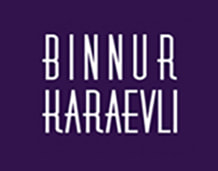 “Watching Binnur Karaevli’s poignant and brilliant documentary is like unlocking the enigma of modern Turkish women, caught between modernism and Islamism. The choices that all three women have made are equally complex and exciting, a mirror of a world in the midst of profound metamorphosis.”
~ Alev Lytle Croutier, Author of “Harem: The World Behind the Veil”

“I loved your documentary. It’s powerful and provocative and in many ways a brave experience. While watching it I kept thinking that this is a documentary that not only sheds light on Turkey’s many faces but it could help Western countries understand their own Muslim populations and the complex issues facing Muslim women who live in the West.”
~ Dmetri Kakmi, author of “Mother Land”

"Binnur Karaevli, in her film "Voices Unveiled: Turkish Women who Dare" appeals to the hearts and minds of viewers through exploring the lives of three beautiful and powerful women. Through the eyes of these women, she brings to life the changing and sometimes contradictory gender identities and the search for a synthesis between the West and Islam in Turkey.

Nur, Banu and Belkis navigate between traditional and modern gender roles, drawing from both, and creating a path for themselves and their male partners. They pave the way towards empowering other women in Turkey through their work. This film incorporates many interviews with women and men from diverse backgrounds and perspectives and geographical locations, which brings richness and encourages debate.

In short, this is an excellent film which I would recommend for those interested in learning more about Turkey, a country at the forefront of developing nations, a bridge between the West and Islam, and one that is undergoing profound social change. It is also highly recommended to those interested the fields of international development, sociology, political science, international relations, gender and women's studies at the graduate and undergraduate levels."
~Nüket Kardam, Professor, Monterey Institute of International Studies, author of Turkey’s Engagement with Global Women’s Human Rights

“Binnur’s movie presents the face of Turkish women, despite any current political party leanings. It is so important that individuals, especially women, be able to express themselves [by] pursuing a career or personal course that allows them to be self-expressive. Should Turkey abandon this path of personal expression, promoted since Ataturk, they will do [so] at the peril of the entire Middle East.”
~ Linda Alepin, Founding Director of the Global Women’s Leadership Network and Dean’s Professor of Entrepreneurship at Santa Clara University

“Your film has impacted me in a way that won’t go away. I’ve lost any vestiges of thinking that there is anything more important than discovering and finding avenues to express my unique voice.”
~ Julia Dederer, Leader at Global Women’s Leadership Network

“As a woman, and of Turkish descent, I was very proud to view the film. It represents not only the many progressive women in Turkey, but speaks a universal theme of validating human equality, empowerment and living your dreams. Congratulations to Binnur, for her vision and creativity [and bringing the] “truth” to [the] surface! Voices Unveiled: Turkish Women Who Dare is film that must be viewed globally, by all!”
~ Leman Ethem, Associate Director of Corporate Relations, Santa Clara University

“After the screening, I talked to viewers from all walks of life, ages and from different countries including from Turkey (both conservative and liberal women) and Yemen. Your film united us all and made us share the universal theme of what it means to be a woman, regardless of one’s background or politics.”
~ Sema Basol, Founder, Turkish Women’s Initiative

“Congratulations Binnur, you made an absolutely amazing film. The film was beautiful and creative, and it wonderfully exemplified the courage and strength of my country’s female activists. Seeing all the beautiful Turkish scenery was icing on the cake! Thank you for a truly in-depth and honest film.”

“You have made a vital, compelling, and truly beautiful film. Days later I am still thinking about the issues it confronts us with. Turkey is perhaps [one of] the most complex of nations on this planet. Your view of it is so clear and generous. It truly proves what an indomitable spirit you are. Thank you!!”
~ Lia Abbate, Animation Coordinator at Sony

“I truly enjoyed watching the movie… You’ve done a superb job of bringing to life the centuries old gender challenges from all angles. Cultural issues as well as challenges of women with different educational and family backgrounds are accurately brought to the viewers’ attention in a very colorful way. The movie presents the picture of how women’s lives have changed forward and backward over the last century in Turkey. Needless to say, many of the issues that were brought forward in the movie applies to millions of women all over the world, not just those in Turkey. When the movie was over, I kept telling myself ‘I have to make sure that not only my Turkish friends, but all of my friends see this movie.’ We are lucky that a talented professional like you has a passion to make movies with [a] social conscience!”

An artist, an activist and a dancer with a Ph.D. challenge convention Reviewed by Omid Arabian "I used to study tradition," says artist Belkis Balpinar early in Binnur Karaevli's new documentary Voices Unveiled. "Tradition is keeping society intact... but in the meantime it keeps back the evolution and development. For that reason now I start to be against tradition."
The film, subtitled "Turkish Women Who Dare", examines the status of women in modern Turkey, a country precariously balanced at the juncture of modernist, progressive tendencies and traditional, religion-based values. Its main subjects are three women who are in their own ways challenging and transcending those traditional values; each represents a different approach to that process. Of the three principals, Balpinar is the most compelling. She has clearly been pushing the envelope since she was a teenager—dating and marrying a much older artist to escape the confines of her conservative-minded family, then divorcing him to pursue her own dream. Now a recognized and respected artist herself, Balpinar misses no opportunities to challenge other women to think about and own their choices. Her art perfectly reflects her sensibility and outlook: working in the deeply traditional form of kilim (tapestry), Balpinar creates modern, abstract, and forcefully expressive designs that break out of the expected, commanding the viewer to look with new eyes. Clearly Balpinar has come to a point where life and art are one, and the film reflects this beautifully: her storyline begins with her shopping the bazaar for materials to make a new piece, and ends at the opening of a large exhibit of her work where, rather than resting on her laurels, she
continues to tweak and adjust, making sure everything conforms to her personal vision. Representing the younger generation is Banu Hantal, who divides her time between the university (a Ph.D. in psychology) and the dance floor (she is a semi-professional ballroom dancer and instructor). It's instructive to learn that Banu has had it no easier than Balpinar in the process of charting her own life-course. The film postulates that for all its aspirations to modernization and liberalization since Ataturk ushered in the Republic era, Turkey remains a country nestled in age-old conventions and norms—thanks in no small measure to the resurgence of Islamic ideology since the 1980s. Banu's family was not accepting of her desire to dance publicly, and she has had to continually walk the line between rebelling and reassuring, forging her way forward while demonstrating that her dancing is a legitimate and valuable pursuit. At the same time, Banu's story also demonstrates how far Turkey has come—Banu's husband, for example, appears fully accepting and supportive of her dancing - an attitude that one could probably never expect to find back in Balpinar's day. Rounding out the trio is Nur Bekata Mardin, a former professor now working as a women's rights activist and organizer. When she's not busy as a wife and mother, Nur spends most of her time working on various projects benefiting the underprivileged and undereducated women who add up to a surprisingly large percentage of Turks. Among Nur's projects is the establishment of an agro-tourism cooperative in Mardin, a hill town overlooking the Mesopotamian plains. One of the film's highlights is the presence of the small-town women that constitute this co-op—their joyous sense of empowerment is quite beautiful and infectious. But it is also telling that somewhere during the making of the film, one of the women caves in to social pressures and the small-town sense of propriety, and cooperates with local reactionaries and government conservatives who shut down the film's coverage of the co-op. The episode lends further credence to the film's thesis—that Turkey remains a battleground for opposing tides of traditionalism and modernism, and Turkish women continue to serve as generals and foot soldiers. Late in the film, someone offers a definition of "daring" that illuminates what sets apart those who bring lasting, meaningful change to the world: "Daring", she says, "is really looking inside yourself first,